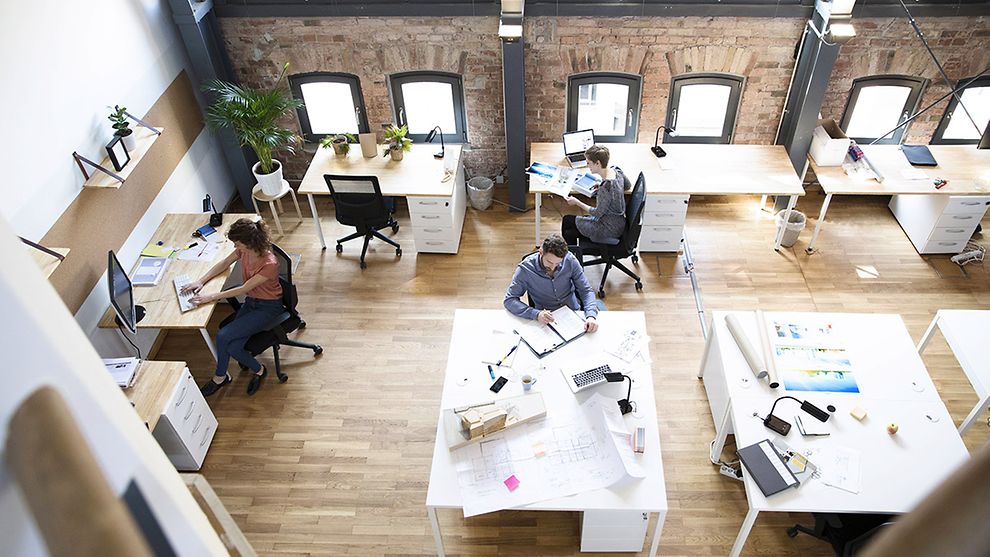 Occupancies in the first two months this year have been about 80% of the year-ago period, while average occupancy is about 50%.

Co-working companies are seeing a revival in interest after a pandemic-hit year as some companies — mostly small and medium enterprises — slowly bring some employees back to office.

Occupancies in the first two months this year have been about 80% of the year-ago period, while average occupancy is about 50%. Companies say that while many large players have signed up for these spaces after giving up long-term leases at office parks, many have decided not to bring in their employees before June.

“On a month-on-month basis, we have been adding 4-5% in occupancies since September and currently we are at 67% compared to about 90% last year. During the peak of the pandemic, we were down to about 50% and we expect it to go up to 75% by April,” said Amit Ramani, founder and CEO of Awfis.

Buoyed by the demand from corporates, many of whom are not keen to enter traditional long-term leases of 3-5 years, co-working companies are also looking to increase the number of seats. For example, Awfis is looking to add 24,000 seats by the end of December.

Karan Virwani, CEO of WeWork India, says that in this volatile business environment, companies are looking at greater flexibility, which is a key driver on how they choose their workplace for the future. “This is not just commitment in terms of tenure but also access to offices and ability to get workspace on demand.”

WeWork started a new product to attract more enterprises — companies can pay up to Rs 10,000 per month to get an access card that can be distributed among employees who can use it to enter any WeWork office across the country and work seven days a week. Current occupancies are up to 38% from just 5% last year.

Virwani added that demand in the current quarter has been similar to the one last year and expects to end at higher numbers. “Demand has increased from large occupiers as well like Commonwealth Bank, OnePlus. Many companies, whose leases ended during lockdown, chose not to renew but come to us. Even Ola used us for interim office space,” he added.

Gurugram-based 91Springboard says it has seen small and medium companies, with less than 50 employees, making a faster return every week. While occupancies in January were 70-75% of pre-Covid levels, this month it is 85-90%.

“We have clients who started with just six people in October before ramping it up to 100 this month,” said 91 Springboard co-founder Anand Vemuri adding that while larger companies have signed agreements, they do not plan a return before mid-year.

“Companies do not want to make long-term commitments for 3-5 years but for about two years. They also do not want to pay for fit outs upfront but looking for integrated solutions,” explained Vemuri.

Harsh Lambah, country manager India at IWG said his company is seeing larger work space requirements from bigger companies who want to realign their real estate portfolio. “Large enquiries are across multiple centres across cities and we are aggressively looking to open new centres.”