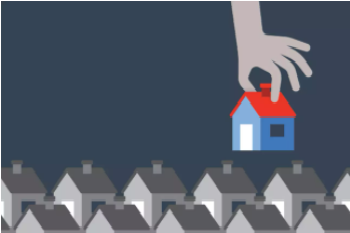 he markets of Delhi NCR and Chennai witnessed a substantial increase in launch activity during the quarter. New launches are still at 84% when compared to the pre-Covid levels of Q1 2020

Residential sales in Jan-March 2021 recovered to more than 90% of the volumes witnessed in Q1 2020 across the top seven cities. The cities including Chennai, Hyderabad, Kolkata, and Pune surpassed the sales volumes of Q1 2020.

The markets of Delhi NCR and Chennai witnessed a substantial increase in launch activity during the quarter. New launches are still at 84% when compared to the pre-Covid levels of Q1 2020. Developers across the markets under review remain focused on the completion of under construction projects and clearing their existing inventory.

Residential market in Delhi NCR gained further momentum in Q1 2021 with an increase in new launches as well as sales. New launches in Q1 2021 more than doubled on a sequential basis. Majority (55%) of the launches were witnessed in Noida with launches by reputed developers.

Gurugram contributed 25% of the new launches. These were mainly concentrated in Golf Course Extension Road and Dwarka Expressway.

In terms of demand, sales registered an uptick by 23% as compared to the last quarter. Noida accounted for nearly half (49%) of the units sold followed by Ghaziabad which contributed 27% of the overall sales in Delhi NCR.

As new launches outpaced sales, unsold inventory at various stages of construction across the seven markets under review increased marginally from 462,380 units to 470,750 units. Mumbai, Delhi NCR, and Bengaluru together account for 70% of the unsold stock. An assessment of years to sell (YTS) reveals that the expected time to liquidate this stock has increased from 4.2 years in Q4 2020 to 4.6 years in Q1 2021.

In Q1 2021, residential prices remained largely stagnant when compared to the previous quarter, across all the seven markets under review. As developers continue to focus on recovering the volumes lost amidst the pandemic and gaining a foothold in their respective markets, prices are expected to be largely range-bound across most of the markets in the short-term.